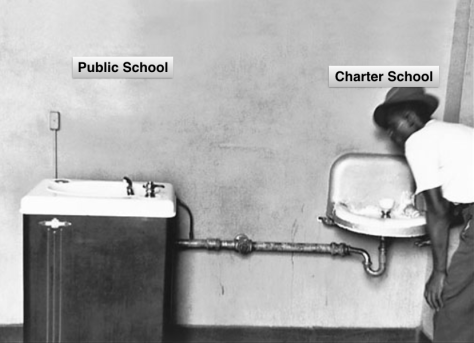 These may sound like the campaign cries of George Wallace or Ross Barnett. But this isn’t the 1960s and it isn’t Alabama or Mississippi.

These are the cries of modern day charter school advocates – or they could be.

School choice boosters rarely if ever couch their support in these terms, but when touting charter schools over traditional public schools, this is exactly what they’re advocating.

According to the Civil Right Project at UCLA, “The charter school movement has been a major political success, but it has been a civil rights failure.”

Advocates have become so blinded by the idea of choice that they can’t see the poor quality of what’s being offered.

Because charter schools DO increase segregation. They DOsuspend children of color…